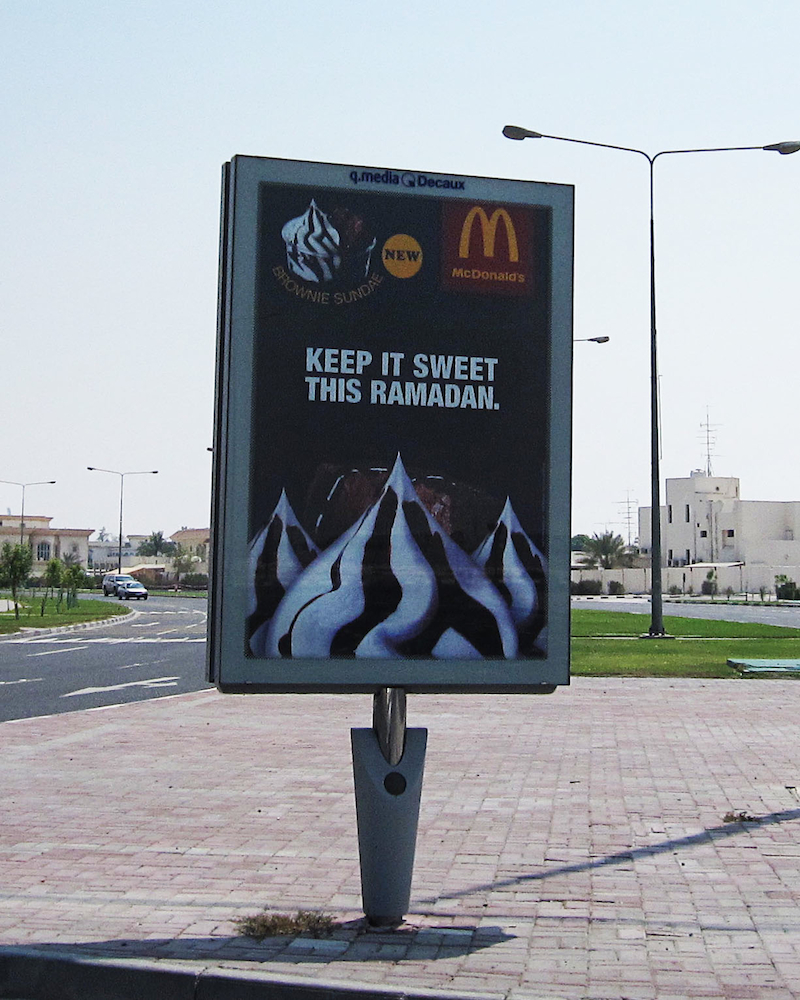 It was 108°F and the hottest day I had ever experienced. During an eight-hour layover in Qatar, while traveling from Delhi back to the United States, I was interested in exploring this oil rich country’s capital. Doha was quiet and empty during Ramadan; everyone was “sleeping,” my cab driver told me. As he drove me around, I made him go back after I spotted the Micky D’s sign. I read “Keep It Sweet This Ramadan” and asked the driver where McDonald’s was. He took me there, but like most of the city, it was closed. Funny, I left Delhi where McDonald’s did not serve beef, only veggie and chicken sandwiches because of Hinduism’s respect for the cow, and wound up in a place where Ramadan left McDonald’s closed during the middle of the day.