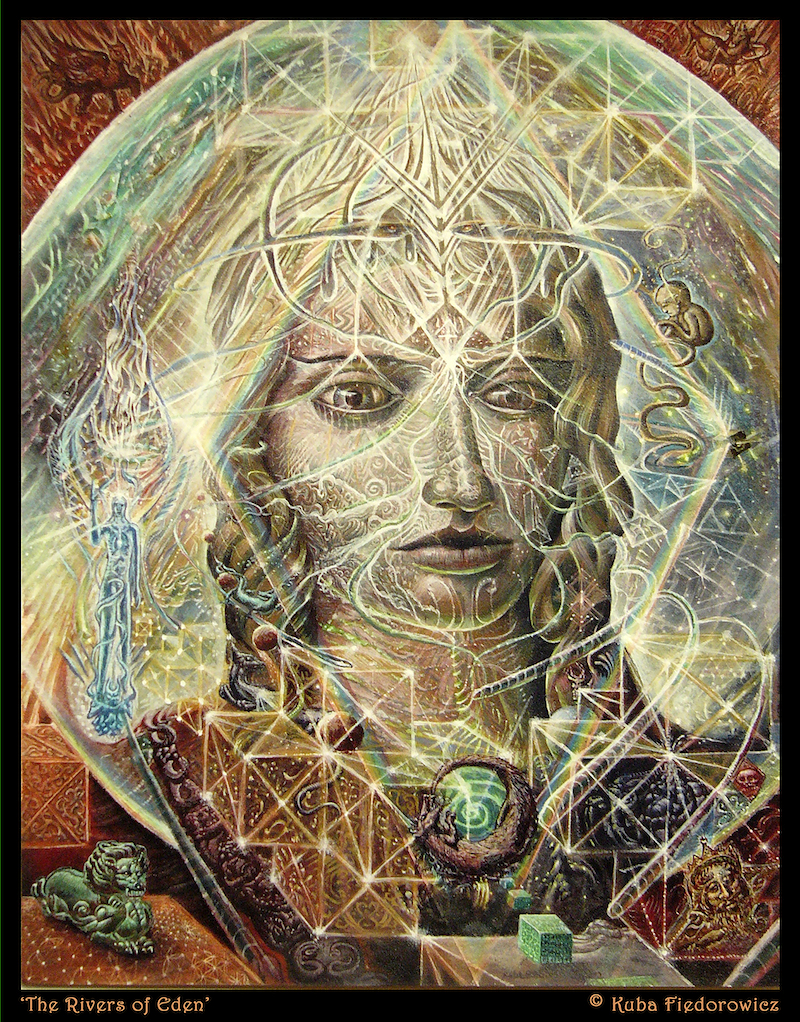 To be released from the powers that bind, to let go of constraints and limitations, is the very essence of freedom. It is often when our potential for growth has been held captive for a long time that we savor the exhilaration that finally comes with the realization of unrestrained liberty.

Love flows from the one true source and circulates through our lives, our bodies, and hearts. There is an energy that is life-supportive, which is aligned with the plan of the divine. It seeks to flow into every recess of matter and every shadow of our lives. On the spiritual level we can invite the divine influx of the absolute to flow through us. This is done through surrender, by accepting truth as it is according to the Highest. These rivers act much like a network or circuitry system, which connect us to all that exists and to our Creator. Seers have imagined this as a great upside down tree with its roots in the heavens and its branches as human beings inhabiting this physical realm.

As children of the Creator we have each been entrusted with the role of custodian and steward of the earth. One key facet of earth stewardship focuses on the unblocking of life force where it needs to flow free. Many people do this in their own chosen fields: healers helping unblock past wounds, lovers freeing and opening hearts, comedians who unblock true joy, athletes unblocking the body’s potential, artists helping to unblock the flow of creativity, teachers helping to unblock and open minds. Life desires growth and expansion, and we can each contribute to the expression of its beautiful unfoldment.

Upon the earth it is the rivers that are the lifeblood; they serve as the arteries bringing nourishment to all the creatures that thrive from their sustenance. Go for a walk along a river and you will soon notice the greenery of its banks; life is super-abundant along its edges. The birds, fish, insects, plants, and many other creatures all rely upon the life she delivers. From the high country and the precipitation of the mountain fogs and melting ice, they snake their way through the land, finally being released into the seas and oceans.

Unfortunately, we have constricted the rivers, blocked their flow with dams, and imposed our minds and wills upon their natural currency. Where energy gets stuck and falls stagnant disease gets a foothold. The waters become putrid and unable to support life. The same is true in our own bodies: our most vital flow is that of oxygen, which circulates in our arteries and within the rivers of our veins. The life-blood of our mother earth – her rivers and streams – needs healing, purification, and release. The earth is a macrocosm of our own bodies. Any energy directed towards life-supporting projects is ultimately a self-nurturing act.

Step one in healing our physical ecosystems should be the healing of the waters that sustain all life on this planet. They desire to flow naturally, pristine, crystalline, and pure. Instead of drinking water from plastic bottles, imported from overseas, we could be drinking straight from the pure source of a creek down in our neighborhood. If we can hold the vision of a reality where all the rivers are crystalline, pure, and untouched, it is possible to anchor the idea into the collective consciousness and begin to create this reality. The discoveries of Masaru Emoto and others have shown us the great possibilities of positively directing our minds and emotions upon water crystals.

Perhaps we can make a personal commitment to give half an hour of our time each week to visit a local stream or river nearby and anchor a vision for pure, pristine, and unblocked water ways. On a practical level, it also helps in clearing away any rubbish, cans, sticks, and bottles, which block her natural flow. We are part of the rivers of life and an intrinsic, vital part in this web of creation. Every sincere life-supportive action, no matter how small, is a gift to our mother who needs our assistance to bring the balance back to life.

Kuba Fiedorowicz is an artist and writer working in the field of Visionary/Sacred Art. Kuba's work has been exhibited internationally and has appeared in numerous books and magazines. He currently lives in Melbourne, Australia."At the very heart of ‘who you are’ and ‘who I am’ we are one, connected with each other, united with all creation and source. The truth of the interconnectedness and the abundance of all life will empower us to help restore our earth to its most pristine embodiment. The earth arts, which include the co-creation and sharing of visual imagery, assist in providing a clear vision of potential and hope for the refreshment of the human spirit. More than purely physical beings, we have been made in the image of our loving Creator. Through the freedom to choose our thoughts and responses we are each active co-creators in the artwork which is our life. There is a sacred triad…When thought (vision) is fueled by feeling (expression) and brought into being through action (technique), life (art) results. Energy flows where attention goes. Let's consciously focus on that which we desire to create."