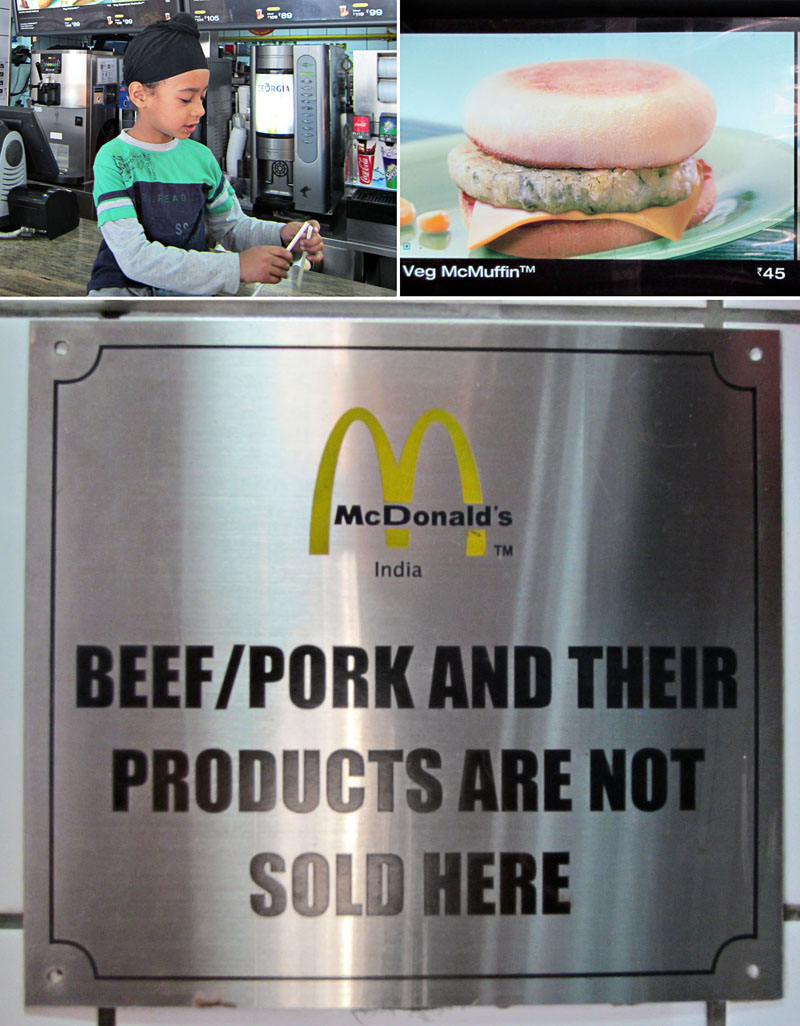 While McDonald’s is the most widely recognized restaurant on earth, Sikhism is one of the least known religious traditions in the world. Sikhism is considered a world religion, and whereas the majority of Sikhs reside in North India in the Punjab, the second largest number of Sikhs exist in New Delhi.

The little boy pictured at this Delhi McDonald’s is a Sikh, and the tradition promotes vegetarianism, or “veg” diets as they are called in India. Each Sikh gurudwara, or temple, provides a daily veg meal to anyone who comes to visit. Meanwhile in the United States, McDonald’s is the largest purchaser of beef, yet none of it will ever get shipped to its stores in India. It is the only place in the world where McDonald’s does not serve any beef or any pork in any form in any of its stores. Now that is a lot of any-s!