The depiction of the Cyclops in Homer’s Odyssey differs markedly from re-workings in modern graphic novels, in part reflecting the difference in mediums between the literary/oral and the image. In some cases, the graphic novel effectively matches modern attitudes about overcoming particular temporal boundaries, while in other cases, the graphic novel lacks the ability to mirror the modern emphasis on the inner self.

Heaven and hell are widely familiar concepts, manifesting often in both popular culture and religious practice. Comic books have not shied away from their depiction, and in modern graphic novels both realms seem to portray an idea of selfhood that is distinctly individualistic.

Modern graphic novels commonly adapt stories from ancient mythology, such as the tale of the Cyclops, but with notable differences. These differences can be explained through both a consideration of the graphic novel medium itself and Western cultural values. 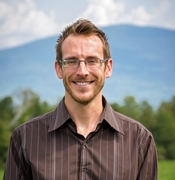