With Massachusetts as the most recent addition, and Colorado waiting for the governor’s signature, seventeen states have banned conversion therapy on LGBTQ people by mental health professionals. While many celebrate the practice’s seeming eradication in parts of the country, many aren’t aware that it’s still practiced nationwide by Christian ministries.

Current laws banning conversion therapy have targeted private mental health professionals who can be disciplined by certification boards. However, ministries doing the same thing have skirted the law because of First Amendment protections for religious groups.

Conversion therapy organizations were most active in the late twentieth century, founded by the nationwide ex-gay movement, which promoted the idea that gay people can become straight. However, the practice of conversion therapy faced scrutiny and became discredited at the century’s turn, leading to a weakening of the ex-gay movement. In 2013, the most prominent ex-gay ministry, Exodus International, which acted as a support network for smaller ministries, ceased operations. Many understood this to be a “deathblow” for this form of conversion therapy.

In the height of the ex-gay movement, however, smaller, more local ministries had popped up, sometimes with the help of Exodus. In 2013, even after Exodus had left, others still remained.

According to Tanya Erzen, an associate professor at the University of Puget Sound, with the movement’s poster child leaving and previous leaders of Exodus denouncing conversion therapy, there’s since been less awareness of the smaller groups that exist. Erzen’s book, Straight to Jesus: Sexual and Christian Conversions in the Ex-Gay Movement, examined various conversion therapy ministries founded by the ex-gay movement.

In the midst of a diminishing public consciousness about these ministries, two films were released in 2018 that depicted this practice: Boy Erased and The Miseducation of Cameron Post.

The main character of The Miseducation of Cameron Post is sent to an overnight conversion therapy program for teenagers called God’s Promise, where she sings worships songs about sin and has one-on-one conversations with administrators (among other activities). The intent is to create a structure where Post and her classmates could learn the program’s tenets of heteronormativity.

In Boy Erased, protagonist Jared Eamons is forced by his parents to attend a conversion therapy program called Love in Action. Adapted from an autobiographical book, Boy Erased: A Memoir of Identity, Faith, and Family by Gerrard Conley, the film portrays the same real-life organization he attended in 2004, which was actually the first of its kind in 1973. Last year, Conley also created and produced a podcast about his experience called UnErased. 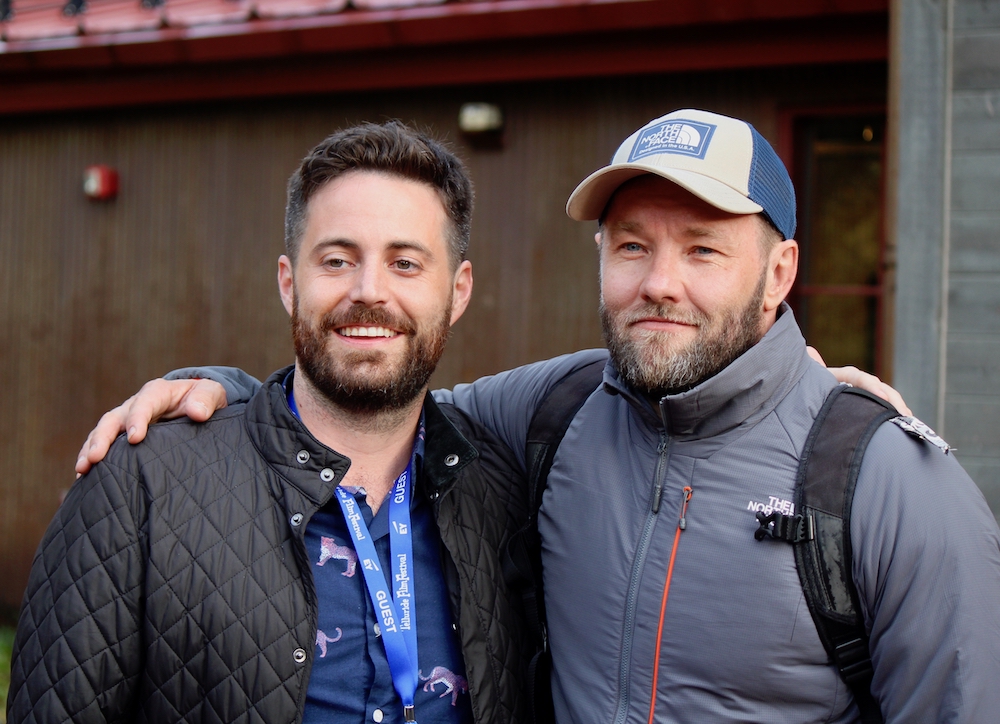 In the movie, Eamons (who is meant to be Gerrard Conley) attends a twelve-day class, from 9:00 a.m. to 5:00 p.m., where he and his classmates are taught they can be free of their “homosexual sin” if they do certain exercises that are thought to strengthen one’s relationship with God.

All contact with the outside world is restricted and notebooks are confiscated. Later on, it’s revealed that Love in Action also has a residential program where LGBTQ teenagers stay in a dorm for a year, having to do similar exercises as the two-week program. In many ways, its depiction looks very much like a prison.

Among other various conversion therapy ministries, Erzen noted, “Love in Action was always very regimented, closed off, and had regulations that if you broke, there was consequences.” This reality didn’t escape the filmmakers, either.

One of the more disturbing scenes in the film was a mock funeral service held for one of Eamons’ classmates, Cameron, who, according to the pastor presiding over the service, “fell prey to Satan’s wishes” the night before “by his own making” (which is all that’s said about his actions).

The pastor then makes the teenage boy kneel beside a casket in front an audience of Love in Action participants and Cameron’s family. Meanwhile, the pastor offers his Bible to Cameron’s dad, who then beats Cameron over the head. One of Cameron’s classmates and his sister follow suit.

The pastor in the background is yelling, “Out, you demon! Hit him!” Obviously, Cameron is sobbing in pain the entire time.

In his memoir, Conley described having to witness a similar event, which enacted less physical abuse on Conley’s classmate, but just as much emotional abuse.

Instead of mock funerals, present day ministries take a subtler approach. Today, “they utilize this twelve-step self-help model,” said Erzen, “and they see it in the language of addiction.”

One organization, Prodigal Ministries in Ohio, asks those visiting their website, “are you struggling with a sex addiction or unwanted same-sex attraction?” Another, Living Hope Ministries in Texas, says they help those “seeking sexual and relational wholeness.”

Many of these ministries offer counseling sessions with religious leaders and support groups to promote their beliefs.

However, there are still those more explicit in their beliefs, such as the Portland Fellowship in Oregon, who say on their website that they believe in “freedom from homosexuality.”

Wherever they fall on the spectrum, LGBTQ advocates feel these ministries are equally problematic as mental health professionals practicing conversion therapy, and Boy Erased and The Miseducation of Cameron Post have both fueled conversations about conversion therapy and inspired audiences to support legislation regulating the practice.

As a result, lawmakers have tried to regulate these organizations, but differently than they have with mental health professionals. Many times, consumer protection bills have been introduced, making it illegal to receive monetary compensation for providing conversion therapy.

In 2017, a federal bill was introduced by Representative Ted Lieu (D-California) alongside a companion one by Senator Patty Murray (D-Washington). Both bills were sent to committee, but nothing became of them. A more recent bill was introduced at the state level in California (AB-2943), but was shelved by the assemblyman who sponsored it.

According to Erzen, legislation can send a message that a “government does not see this [practice] as legitimate.” Still, these groups have ways of evading the laws, she noted, such as using social media or spreading videos to promote ideas.

Instead of waiting for politicians to fix the issue, some groups have taken matters into their own hands. The non-profit news site, MuckRock, has published internal documents pertaining to these groups, while the Southern Poverty Law Center keeps track of current groups and their leaders.

In 2016, the Human Rights Campaign (HRC), along with the Southern Poverty Law Center and the National Center for Lesbian Rights, filed a complaint with the Federal Train Commission (FTC) against the organization “People Can Change” for using deceptive and misleading practices against consumers. According to the HRC, the FTC hasn’t taken any enforcement action since the complaint was filed.

Though political platforms and social media have better promoted affirming narratives, Erzen indicates, LGBTQ youth are still told in many churches that their identities are illegitimate. This much larger issue, she notes, will take much longer to address.

Liam is a freelance reporter in Denver covering religion locally and nationally.

The Superhero Show That Dared to be Catholic
February 3, 2019