Looking across the landscape, the rolling sand dunes of Mars stretched for eternity. More and more I am starting to digest that I will have to bear this eternity alone.

“Yes. How do you feel?” Yoko replied.

“…free,” I said, the words barely escaping my lips.

Yoko was quite the listener. Although I couldn’t see a physical version of her unless she was in hologram or robot form, I felt as if she were right by my side listening with warm intent – her ephemeral state morphing into human flesh, with the newly-formed hair follicles inside of her ears vibrating with my voice.

I am beginning to miss human intimacy.

To curb this craving, I have to keep moving. Otherwise, I will lose my mind.

“So, Yoko, I’m interested in what you have seen since being here,” I said, sitting down at the mainframe computer. “Have you collected any data?”

“I have. Bringing it up now, captain,” Yoko replied. 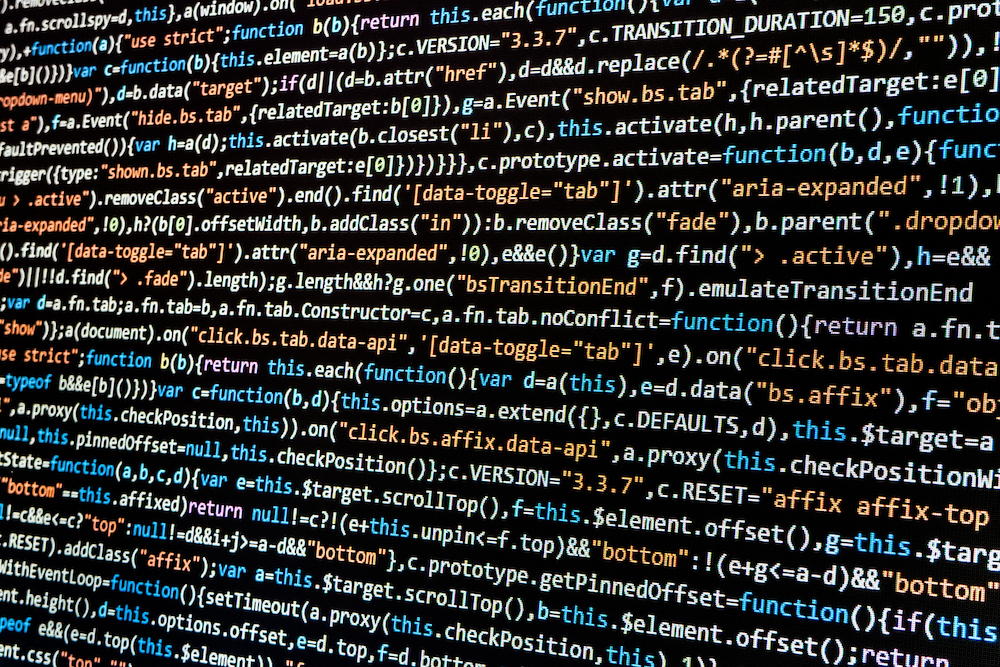 “Right. Yoko, I was the captain, not the artificial intelligence analyst.”

“I apologize. I’m still getting used to your behavior profile.” 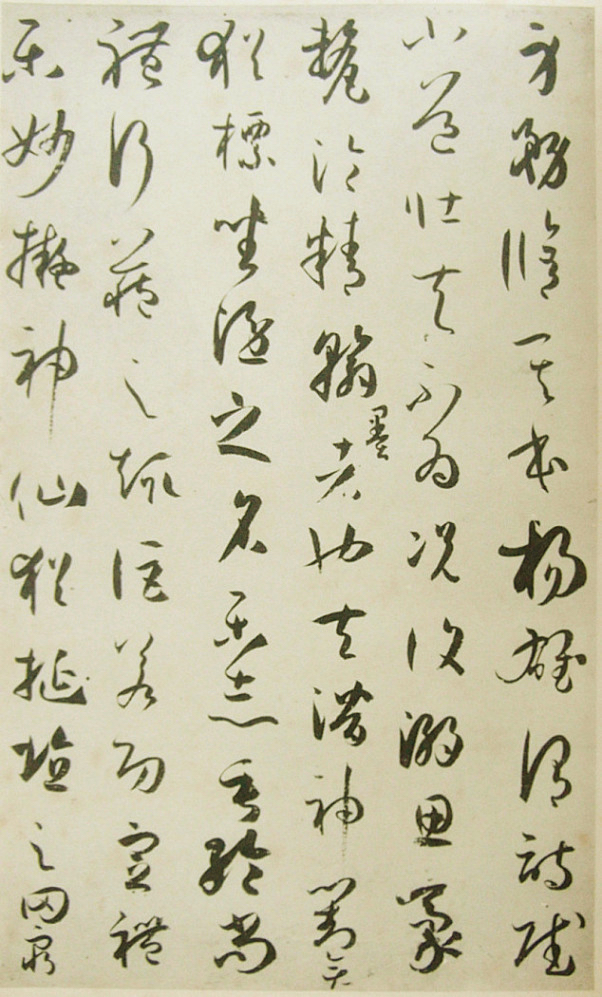 “Now there’s something that I can read.”

Seems like standard procedures. Nothing out of the ordinary.

“So, have any of your measurements brought you closer to discovering any form of biological life?”

I felt a shudder run up my spine.

There weren’t enough movies like Arrival and talks by Elon Musk in existence to prepare me for this moment. When you are truly disconnected from your species and have nothing but machinery to keep you company, everything gets real, quickly.

What would an alien do to me?

Surely, there would be some type of communication but…

If I somehow insulted them…

I looked at the hologram Yoko was now projecting of herself. She chose the typical slender Japanese woman format that was dressed smartly in a space-ready slim suit that accentuated her female form.

Despite the comfort of seeing another human form, my spine couldn’t stop reverberating. Although she couldn’t read my mind, she was well-versed in psychology and could make assumptions purely based on physiological readings.

“Do you mean to say you’ve detected alien life?”

“Well, technically, we are the aliens here. But, yes. In addition, the life I found is seemingly non-threatening.”

My breathing stopped. I could feel my lungs collapsing in disbelief and utter terror.

“OK. Have you visually located any of these lifeforms?” I asked, observing my breath.

“Well, not exactly, but I have certain measurements that suggest their existence,” she replied.

“Yoko, are they intelligent?

“That’s quite hard to measure, especially considering I haven’t made contact yet. But, they do seem to be watching our operation here.”

Right before my eyes, this shimmering hologram of a woman spoke as if she were scheduling hard drive maintenance.

“Humans have been searching for intelligent life for millennia, Yoko. I’m sure you know this. Why didn’t you notify me when I first initiated you?” I asked, standing up.

“Because you are alone.”

I felt the words dig into me as if they were blades sliding in between my ribs.

“Humans cannot function properly without consistent and rejuvenating social contact,” she continued. “Now that I have told you that there are ‘others,’ how do you feel?”

Despite never having met Yoko before, I felt close to her. Almost like a sister.

“Which is why I waited…” Yoko replied.

“It didn’t really help…” I said, biting my lip.

“In any case, the question now is what will you do about this?”

Right, she was built to ensure the colony’s safety. She’s on my side.

She was the collective consciousness of the entire human species, a massive hive of data collected from the 99% of the planet that was online. Because a vast majority of Earth resided in urban smart cities, there was data being recorded wherever people walked. This information was used to encode human behavior patterns into Yoko, along with the necessities of empathy, social skills, and a realistic, yet positive, personality.

With her raw capacity alone, she could detect future events based on history with stunning accuracy. One of the perks of having every book known to humankind inside your “head” is depth of knowledge coupled with compassion, which gave her quite a background in human desires and fears. Thus, she was as real as any other human – except that she had the persuasion skills of an elite salesman and the insight of a benevolent world leader.

Knowing about inferiority is different than experiencing it. My human ego feels akin to a pebble in Yoko’s broad hand. Am I in the presence of a god?

No. Yoko is the most advanced artificial intelligence on Earth, and for all I know, in space. But, she is not a deity.

I stopped myself. Now is not the time to get stuck in a thought loop. I don’t have many – any, really – anchors to reality besides her right now.

I must trust her. Otherwise, I stand no chance.

I took a deep breath. “OK, so first we need to relay a message to Earth about my arrival and safety.”

“We are not connected to any mainframe on Earth,” Yoko replied.

“What do you mean? You’re online aren’t you?” I asked.

“No. This is offline data compiled during your travel time.”

“So…you were online here at basecamp until I arrived?”

“Yes. However, it seems that my connections were severed once the rest of the crew landed back on Earth.”

“Have they cut me off completely?”

Silence. The absence of sound can be pleasant and irrevocably painful at the same time.

I never imagined that I would be the first and only person on Mars at any given time. The vision that cradled me through years and years of training and pure effort was one of a vibrant space village focused on providing a better example of what humans could be and do.

In the end, it turns out that human nature revealed its dark side and validated a few naysayers’ opinions in the process. I will have to accept this and do what I can to provide Earth a different vision. Something that would break through the bullshit and reveal true human potential.

“Yoko. We are going to communicate with this ‘life’ you have detected.”

“Pre-emptively?” she replied, disappearing into the computer again.

“Yes. There is no time to waste here. My mental game is clear and lucid right now. Who knows how long I can last here alone.”

I left the main operating room and entered the lab next door.

The sterility of the lab was usually balanced with data nerds running around engrossed in their work. This time around it felt just as it appeared: a cold room of machinery and empty space. The low blue light of the holograms reflected along the numerous panels serving as storage cabinets. In typical Japanese fashion, there was an overall minimalist vibe that brought one’s attention to the table in the center of the room.

This table was first dreamed up by the likes of Microsoft under the moniker “Surface.” Years later, the technology evolved and allowed the user to manipulate digital objects mid-air. Screens were no longer physical objects, but rather digital interfaces suspended at eye-level.

“Understood. How would you first like to deploy contact?” she replied over the speakers in the next room. I could see data lines in the form of a pulse beating rhythmically across the glass surface of the table. I could feel my shoulders fall and my chest deflate.

“Right. What type of lifeforms would you compare them to on Earth? Communication style, etc.”

“Unfortunately, there is no clear example to which I can compare. They simply do not communicate like anything we have seen before…there is one legend, though, in Japanese history that comes to mind.”

“In the seventeenth century, Japan experienced 265 years of peace known as the Edo period. During this time, creativity was flourishing. Hordes of artists used the lack of war and famine to dream up wild characters and stories. The famous yoke, or demon monsters, often seen in children’s manga and anime today were solidified in the nation’s mind. One legend in particular strikes a resemblance to this form of life.”

Something about this museum struck me as familiar. It almost reminded me of my childhood when…

“I’ve been there before!” I exclaimed, placing my hands on the table with Yoko’s beating pulse. I reached out and grabbed a segment of the hologram, turning it as if it were a door knob. This movement transformed the room into the museum. I began walking through the augmented reality.

“I know. I have your father’s internet search history from years back,” Yoko replied nonchalantly.

“That’s…unsettling.” There was something about being vulnerable to a “thing” you couldn’t really see or touch. You felt naked, but for no reason.

“Maybe so,” Yoko replied. “Just remember you are the first human on another planet. And now you are alone. Would it be better if you only knew half-truths?”

She was right. Of course, she knows everything about me. The environment I was raised in, the books I enjoy, what music calms me…

“Your anxiety levels started to rise…” she said, as the museum dissolved from around me.

She’s adapting to me in real time while using my behavior profile.

“Yeah…sorry about that. I’m just on edge. Anyway, tell me about the Edo legends…”

“Yes. As you saw in the hologram, there were a number of different types of legends and beasts. Most of which were birthed from human fears and desires. The yume-shi, or “master of dreams,” in particular, was that of the one who watched you while you slept and would manipulate you in your dreams. Whatever it communicated to you in your dreams would dictate your behavior in reality,” she said.

“Like a puppet master of sorts, no?” I asked.

“Exactly. Of course, most of these legends are about terrorizing and killing humans, and this one is no different. But, we can use that lesson, instead, to communicate with these lifeforms when they are most open and receptive, as if they were in their dreams.”

“That’s a solid direction. Without any type of manipulation or force, we simply meet them where they stand,” I stated.

“Yes. We cannot make the same mistake explorers of new frontiers and peoples made on Earth,” Yoko said.

“Got it. So, like the yume-shi to its victims, how can we connect when they are most attentive?”

“It seems that I haven’t logged any further readings since…you have arrived.”

This is going to be fun.