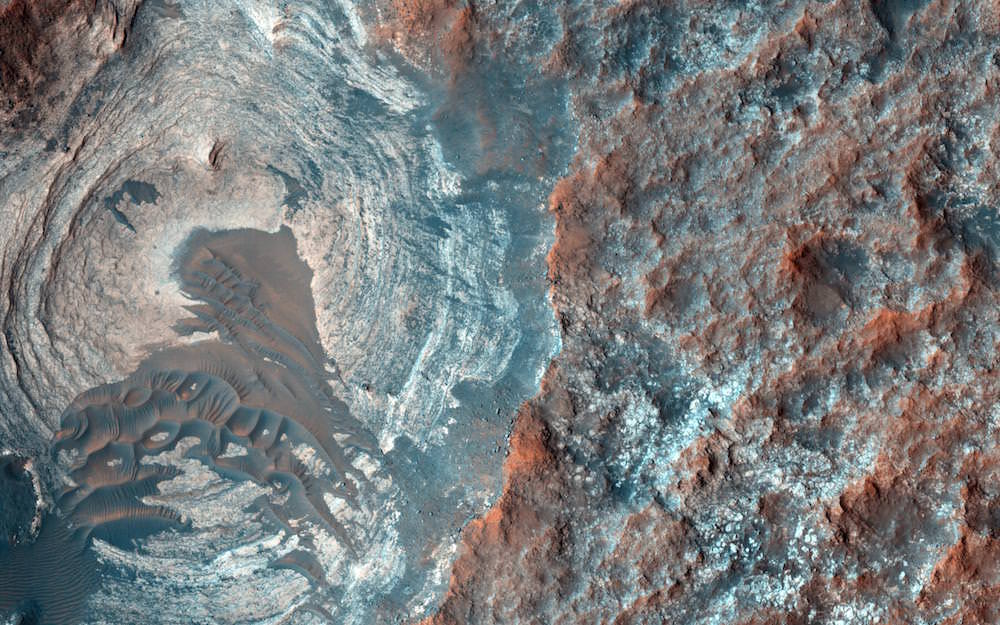 I am the first human to land on Mars. Usually, being alone does not bother me. The solitude of my former life as a Buddhist nun was quite invigorating, but this is different. No, I agreed to join this mission. I must accept my conditions now. The vision to travel space was all I could see as a little girl. My father used to tell me, “Sakura, you will show people another way.” Little did I know what he meant until I began tracing my steps from my spacecraft to the robot-built basecamp. There was something eerie about knowing you had no home to return to. This red rock with its iced-over oceans, massive sand dunes, and extreme temperatures was now my new home.

The year of space travel it took to arrive was quite gruesome. The sleepless nights, the wear on one’s body, and the loneliness was enough to deter, well, anybody. Maybe they elected me Captain because of my monastery background. These conditions were not new to me. Meditation helped me cope and yoga kept me nimble. I was part of a ten-member volunteer group coalition formed by Japan’s version of NASA, Anshin (“peace of mind”). Being a Japanese citizen, I was naturally able to apply, but my dark skin and mixed blood made quite the stir. I guess it’s natural for a country with 95% of their population being full blooded. But, I never thought I would get left in space because of it. Asking, “It’s just color, right?” in 2030 seems ludicrous.

In any case, I don’t have time to reminisce on the pettiness of society. I no longer exist within those walls. Now, I must occupy my own terrain. Luckily, I have all the tools, care packages, and food I will need to live here for at least a decade. Within five years of landing, the colony was required to increase the population to twenty people. Once that was done, volunteers from other countries would join. Japan signed on as the test group to receive the United Nations’ stimulus package, to boost a somewhat sluggish economy. The grip of money was stronger than death.

Anshin used the opportunity to fake a technical failure during the mission and salvage nine of “their people.” Or at least, so I thought. About half a year after the shuttle had left the Earth’s atmosphere, we docked at the second International Space Station (ISS 2) to replenish resources. The ISS 2 was conveniently constructed by Space X in 2018 when Elon Musk launched their first Mars mission. In preparation for sending manned missions in the future, Musk had the ISS 2 built as a docking station halfway between Earth and Mars. Space is harsh on the mind and body, so a resting spot allowed the crew to rejuvenate itself for the real mission: living on Mars.

After about one month of rest, we all boarded the Mirai2030 spacecraft. I always liked the name of our ship; mirai meaning “future” and 2030 representing the year of humanity’s first attempt at becoming interplanetary. Like a long lost journal, it was a reminder of our forward-facing values.

As Captain, I commenced the liftoff for the crew. However, there was an error signaling from the rear of the ship during the countdown. Suddenly, safety belts were thrown off and eight members of the crew were in the back of the shuttle. I stayed belted down at the helm of the controls alongside my co-pilot and best friend, Akiko. I could feel a cold wetness form over my bald head. Like birds flying away from grayed-over skies, one could sense a storm coming.

The countdown was down to the last twenty seconds when Akiko stood up. She put her hand on my shoulder before she said, “I’m going to see what’s up back there.” Her expression screamed regret. After she went back, the alarm for pod detachment wailed incessantly. “I am being left,” is all I could mutter to myself. Too close to the countdown’s end, the Mirai2030 left the ISS 2 with incredible force, after which its trajectory was fixed due to fuel limitations.

Even after a year of traveling to Mars alone, I never figured out if it was a government plot or if the crew was just too scared. I could visualize both, but I could accept neither. Why leave an individual to do a group’s job? I can’t make babies by myself. Imagine that. A former nun worrying about childbirth. Anyway, even with five years’ worth of goods and gear for twenty people, suicide was a looming threat for lone space travelers. They’ve already cut communications on the ship, but in their frenzy, they must’ve forgotten my background. Once I get on base, I’m confident I can get the Internet up and breathing. Surely, accomplishing that will cool my nerves. For now, it’s time to finish this landing procedure. I must focus.

Walking along the surface of Mars in this gravity-balancing exoskeleton is quite comfortable. The soil is reddish brown. It reminds me of the Red Hills in Jamaica, my mother’s hometown. I visited often as a child and will never forget their infamous jerk chicken. Just enough spice. Of course, I haven’t eaten meat since, but never have I tasted a meat so tender. My mom used to wrap the plucked chicken in foil and bury it in a pile of hot firewood. Seeing the chicken cooked liked that always bewildered my dad. He was serving as an English-Japanese interpreter for Anshin when they visited Jamaica to scout materials for one of its projects. Once their eyes met, they were in love. Remembering their intimacy helps me stay in the zone.

I am now the sole human on a planet. One doesn’t see this type of situation too often: complete and utter freedom. Well, within my means, of course. What is freedom anyway? After I get settled, maybe I’ll make a new religion. I’d call it…

I guess being alone for a while encourages discourse between the two minds: observing mind always seems to keep thinking mind on track.

After I lay the carbon nanotube tape across the crusted soil from the ship to the basecamp, I record my measurements and walk inside. The voice recorder in my suit is quite handy. Every word I’ve uttered so far is automatically synced to the database inside the basecamp so nothing is lost. One could call it “real-time journaling.” Walking through the pristine sliding doors, I enter the decontamination capsule and get cleaned up with a few bursts of biochemical steam. Bringing a foreign organism into the basecamp would put the entire human population of Mars at risk of extinction. At present: one person. I wouldn’t even be worth an obituary. The headline for the report would read, “WASTED MARS EXPERIMENT: A bald, mixed-race woman ruined Earth’s last hope.”

I tell myself every day, “Accept the change and move forward.” Living in the monastery prepared me for these moments.

Pushing the side panel of my helmet twice with my forefinger retracts the entire suit into the helmet. All I had to do was remove the helmet, making my job that much easier. I guess the Anshin engineers saw enough alien movies to know suit malfunction spells death in space.

The room is much warmer than Hollywood could ever depict. Luckily, I had the pleasure of heading the art direction during my solo trip. With a connection to the basecamp’s hard drive from the ship, I was able to choose from an array of interior design choices, and utilize the 3D printer in basecamp to print out the materials in real time. The AI bots in camp made sure all of the changes were in place by the time I arrived. Progress everywhere, save human relations.

Now, nobody is here in this lovely room. So, as a means to combat deadly procrastination, what is my “one thing”? What is the most important thing I must get done? Getting online. I need to contact…

Anshin abandoned me. Why contact them? Of course, I don’t know for sure that they abandoned me, but why cut communications after a sudden pod departure?

As I approach the control panel, I can see the vast, dull red mountains of Mars laid out in the front window of the complex. It looks like a dystopian painting. I sigh.

This journey will be long and arduous, but this is about more than me. I am turning on the computer via voice activation.

Although the central AI is just a female voice powered by Internet data coupled with intelligent search capability, I need a friend.

Copyright by author. All rights reserved.
Photograph Courtesy of NASA via Unsplash.