In the previous post for this column, I began to think about the way in which evil is framed and explained, particularly when it comes to the enactment of certain crimes. Many contemporary narratives seek to provide a backstory for the criminal, to flesh out their character and provide motive. This goes beyond understanding why criminal acts are undertaken; many of these narratives, like The Sinner, Hannibal, and Bates Motel, furnish the stories with details about the lives of these criminals that offer a way to identify and empathize with them. The time spent exploring the backstory of these characters reinforces their eminence in many ways: it is not the victims of the crime we focus on but the perpetrator, privileging their version of events.

The same can be said for Netflix’s recent Conversations with a Killer: The Ted Bundy Tapes.

Like many retellings of serial killer “stories,” it both mythologizes and explains the events that led up to the killing of dozens of women. Presented as a timeline that counts down to the day of execution (the anniversary of which served as a date to release the series), it constructs the idea of Ted Bundy and his formation as the American serial killer. 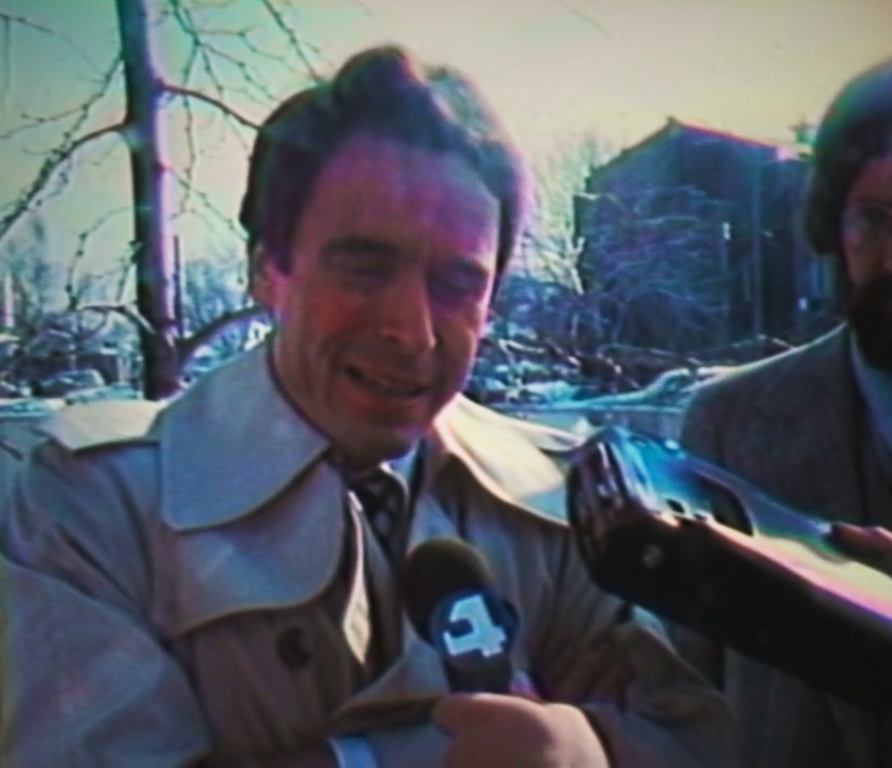 His ability to interact with the media, along with the aesthetics of him as a person, notably his ability to draw crowds of women to his court cases, make him an ideal example of the celebrity serial killer. In “Modern Serial Killers” (2009), Kevin D. Haggerty notes that “Ted Bundy…basked in the media’s fascination, and maintained constant contact with the global press, even after a judge sought to limit such access” (p. 174). The serial killer as celebrity isn’t new, but it is exacerbated by the way in which the image of the serial killer is proliferated in digital space, imbued with a particular value. This is ever the more relevant for the promotion of The Ted Bundy Tapes, which used the hype around the series to release the trailer for another Ted Bundy vehicle: Extremely Wicked, which has since been acquired by Netflix.

In “American Psychos: The Serial Killer in Contemporary Fiction” (1993), Jane Caputi locates one of the first forms of celebrity serial killer with Jack the Ripper, noting the way in which he was “enshrined…as a mythic hero” (p. 101). In Natural Born Celebrities: Serial Killers in American Culture (2006), David Schmid takes this thinking about celebrity serial killers further, arguing that it “is compelling evidence of the collapse of the difference between fame and notoriety” (p. 9). Yet, the definition of celebrity is one that remains loose, and these serial murderers are an inescapable aspect of the prominence of celebrity culture.

There are numerous ways the short Ted Bundy series interacts with ideas about idolization and worship, but the celebrity aspect is one that cannot be ignored. According to Schmid, “The celebrity culture around serial killers has developed so far that one can now purchase the nail clippings and hair of some killers, as if they were religious icons” (p. 3). The link between celebrity, idolization, and worship is reinforced here, and in the way that these killers are discussed and mediated.

Links between celebrity and faith have been argued by critics such as Neal Gabler, who, as noted by Sean Redmond in Stardom and Celebrity: A Reader (2007), “suggests that celebrity culture is secular society’s rejoinder to the decline of religion and magic.” Redmond goes further, arguing that there are “striking parallels between religious belief and practice and celebrity cultures,” which to him, “reinforce the hypothesis that considerable partial convergence between religion and celebrity has occurred” (p. 173). In this frame, then, serial killers are tangled in the web of celebrity, worshipped among those Daniel J. Boorstin has famously referred to as being “known for their well-known-ness.” The media frenzy surrounding Bundy serves as a feedback loop upholding his status as valuable image, representative of the power of serial killer infamy. However, we should also consider how we are revering the well-known.

In Gods Behaving Badly: Media, Religion, and Celebrity Culture (2011), Pete Ward argues that “celebrities are sacred figures that reflect versions of our own selves, painted as divine” (p. 6). Bundy’s celebritization does not paint him as divine in a positive sense in any way; there is a discussion to be had, then, around the way in which we continue to glamorize and fetishize those who are infamous for their evil deeds, and how that might reflect our own actions or desires.

By engaging and proliferating his narrative, we promote the specter of Bundy and the serial killer as some dark end of the spectrum of celebrity – wherein his status as such results in a valid choice for others to revere. Perhaps this is the main problem with celebrity culture: its valorizing of even the worst of actions through circulating and amplifying them in media narratives. But perhaps it’s also the most insightful and thought-provoking: why are we also drawn to those figures carrying qualities that should push us to deplore rather than fixate upon them?

This fixation, veering into obsession, with serial killers like Bundy has intensified as the role of celebrity continues to dominate culture. What is foregrounded in this series is the way Bundy is constructed as celebrity, and the way in which he was viewed as both a figure feared and revered. The wavering between police interviews that spoke with a sickened awe over his acts, to the way in which media attention framed a new breed of charismatic serial killer, shows the dichotomy at play in contemporary attitudes towards the serial murderer.

In many ways, the series adds to the myth, constructing a character rather than representing a killer. In providing us with the backstory, the continued attention given to these killers functions as a way not just to explain the evil, but to revel in it. Although Ward concludes that our attitudes to celebrities constitute a para-religious phenomenon (i.e., exhibiting similarities to religious behavior but making no claim to being “religious”), we should be aware of the perils of investing ourselves in these culturally-constructed myths about celebrities, including serial killers.