The recent crime drama The Sinner offers a meditation on how good and evil are defined in the contemporary moment through its focus on murder and its motives. However, within the framework of the crime narrative, the series fails to challenge ideas about non-traditional belief systems, undermining its seemingly progressive nature – especially during its second season.

The Sinner is, at its core, a classic detective narrative wherein a mystery is solved; the generic conventions are altered through the focus on the “why” rather than the “who,” but the puzzle still becomes central as is common within the genre. In the first season, we are introduced to Cora Tannetti, who stabs a man to death on the beach in the very first episode. She is caught and signs a confession, but the detective assigned to her case, Harry Ambrose (the detective in season two as well) starts to unpick her story in the hope of understanding “why,” and unravels a complex motive.

In season two, the same plot device of a murder being committed and confessed occurs in the first episode – this time, perpetrated by a child. The narrative is complicated by the child’s background, which is suffused with unorthodox beliefs. We learn the child, Julian, has been raised in a “cult” named by the locals after its location: Mosswood. Throughout the series, there are references to an exploration of existence that merges the psychological and the spiritual, along with a grounding in more mainstream forms of religion, primarily Christianity.

The crime genre is seen as an “inherently conservative form that repeatedly rehearses a dominant ‘common sense’ ideology of law and order” (p. 6), according to media studies scholar Jonathan Nichols-Pethick. Within it, particular structures are upheld with the crime often being seen as presenting an imbalance to the status quo, restored by the solving of the crime, and the criminal being brought to justice. In some ways, The Sinner presents a subversion of this formula: rather than the person who committed the murder being jailed, both seasons place the blame with others who contributed to the formation of the disturbed psyche of the character, and they are imprisoned instead.

This shifting of responsibility follows a trend in other contemporary narratives where we look to understand why something immoral or “evil” has happened – such as the recent Bates Motel, which sought to explain the psyche of Norman Bates. By digging into the past of the characters who kill, The Sinner seeks to construct an idea of nurture being the culprit rather than something inherently evil within them, as per older notions of criminal behavior.

The cult being seen as a nefarious part of Julian’s upbringing follows in a long tradition of presenting cults in a particular way onscreen, as explored by American religious history scholar Lynn S. Neal. In “They’re Freaks! The Cult Stereotype in Fictional Television Shows, 1958-2008,” she examines a selection of depictions spanning fifty years and finds that similar negative presentations occur, demarcating their difference from “conventional” religious forms. Ultimately, this serves to “polic[e] the boundaries of religious legitimacy in American culture” (p. 81). Locating the cult as a site of evil behavior in a show like The Sinner reinforces stereotypical presentations of practices that fall outside the institutional and more traditional forms of belief that tend to be more socially acceptable. What should also be noted is the use of the term “cult” and its pejorative nature (rather than the more neutral and preferred “new religious movement” found in scholarly circles today). The term is used by those who are actively seeking to disrupt or destroy the “cult” of Mosswood, marking it as a negative identifier. 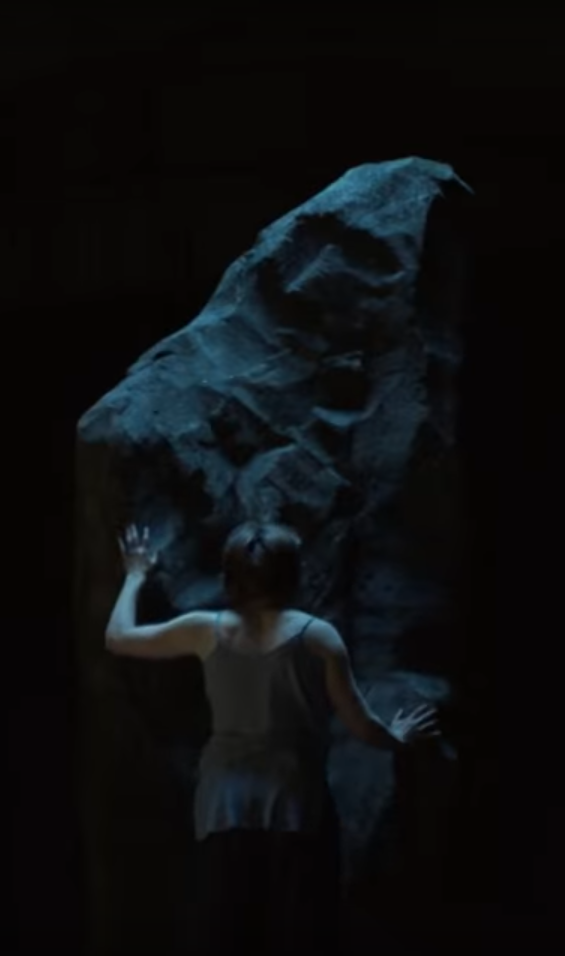 The positioning of the cult as negative is furthered by the behaviors and beliefs shown. The cult is seen worshipping a rock, with a desire to return to the “primitive” rituals of our inner selves, which are in this case defined primarily by violence, ultimately situating the cult as degenerative and barbaric. The characters who live within the cult system are either killed or punished in some way, reinforcing what film scholar Thomas Schatz defines as a “pro-social” ideology – the upholding of status quo through a quashing of beliefs or behaviors that challenge it.

Despite the changing approach to crime and its motives by focusing on the factors that contributed to the murder, The Sinner ultimately serves to highlight the idea that evil is man-made and can be controlled through societal structures. Although following a trend in contemporary crime narratives of presenting the detectives as flawed or troubled in some way, the detective at the heart of this narrative is also a traditional seeker of the truth. He wishes to expose the darkness that has pervaded both the perpetrator and the world in which they live. The Sinner allows us to explore the psychological motives for the act of murder, but it offers no satisfying resolution for the “victim,” only an undermining of the structure that warped their psyche. Since this season posits the murderer as a victim of the “cult” within which he was raised, it aligns with the notion of the cult as villainous. 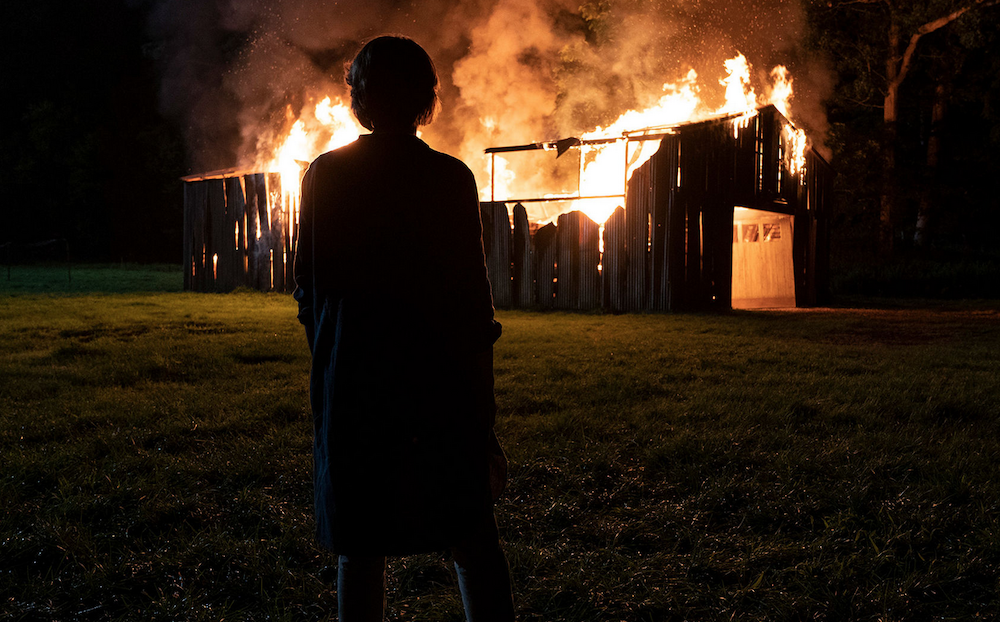 The transcendental element of the cult, manifested in the symbol of the rock, is shown being smashed at the end of the season. And this moment speaks to the series’ position of devaluing non-traditional religious beliefs by “resolving” the cult through its destruction. The Sinner may be read as a challenge to accepted narratives of crime, but its conclusion offers the same message evident in other texts within the genre: challenges to the prevailing frameworks will be neutralized.

With this positioning of crime and religion in tension, we also stumble upon a deeper question: why do we seek explanations for crime yet so often fail to take the same approach with faith?

Clicking on the Ko-fi banner at the top of this page (just below my bio) will give you the option to buy me a metaphorical “coffee”: it will take you to a personal funding page where you are given the opportunity to show your support for my work by donating a small amount of money (i.e., the price of a cup of coffee). Nomos Journal is open and ad-free, so even the smallest amount of funding in the form of donations from my column’s readers and followers is greatly appreciated! Thank you!

All Images Courtesy of USA Network 2018.